One of my strongest childhood memories is of sitting in the back of the car with a map. On long journeys it was my job to trace our route with my finger and call out directions (even though my parents knew exactly where we were going). I can remember that almost magical feeling of power and responsibility, as if somehow I was the one in control, that we would go where my finger took us. That’s where my love of maps began.

When I got older, I joined the Scouts and I remember proudly getting my navigation badge. With it came the realisation that everything you need to understand the landscape around you – mountains, forests, lakes and rivers – folds down into something you can fit into a rucksack.

Understanding a map creates a new sort of relationship with the outdoors – if you can learn to do that at an early enough age, it will carry through the rest of your life. Studies have shown that if you can get someone interested in outdoor activity before the age of 14, it will stay with them. If you don’t, there is a danger they will always think of the outdoors as something to be driven past and through. For me, a map is a passport to getting outside.

OS map of the New Forest

In my role at Ordnance Survey (OS), I want to help more people to get outside more often. The outdoors should be for everyone, and we know from our work with experts such as former Olympian and sports scientist Greg Whyte that outdoor physical activity during lockdown is more important than ever.

There’s a function on the app that lets you see local green space, and usage of it is up 3,000%

The good news is that people do seem to be getting outside. Since February, use of our OS Maps Get Outside adventure planning app has increased by 78%, with around 3.5 million people using it now. There’s a function that lets you see local green space, and usage of it is up 3,000%. November is normally a more quiet time for the app – it’s darker, the weather is more inclement – but it’s clear that with restrictions on other sorts of activity, people are turning to walking in nature. My hope is that, even when the full list of competing pastimes comes back, many will have discovered a love for the outdoors and keep going.

You don’t need a car, or to travel far, to find unexpected treasures – they can be right on your doorstep. In fact, my favourite map is for my local area in Bournemouth, which also covers the New Forest. Even the cover of this map is appealing – a Gruffalo-type woodland just waiting to be explored. You can be forgiven for thinking there’s nothing new to discover in your local area, but there will always be things you’ve never done before. For example, in the New Forest there’s something described as Portuguese Fireplace – I’ve often noticed it, but had no real idea what it could be. So we went on a walk to find it, and it really is a Portuguese fireplace – a war memorial to a Portuguese regiment who helped with timber production during the first world war. 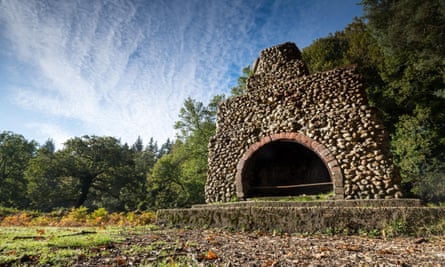 Running your finger along the placenames on a map is a journey through history as well as geography. It’s those little things you can uncover that makes maps so special.

Map reading can also be a brilliant way to entertain children, and to build their confidence. When you can bring the landscape to life with a map – “We’re going to walk through an ancient woodland and over a Saxon burial mound” – all that rich history comes out and you start an adventure. Letting a child take on the navigation is also a great tool to give them. They are naturally fascinated by the relationship between the world and them.

While map sales are soaring, the process of imaging and mapping has seen new challenges. Ordnance Survey’s flying unit has spoken of the eerie experience of flying over the UK during lockdown. The work of the flying team underpins the accuracy of OS mapping and is essential for users such as the emergency services, so as soon as it was safe to fly, they got back out in the sky. 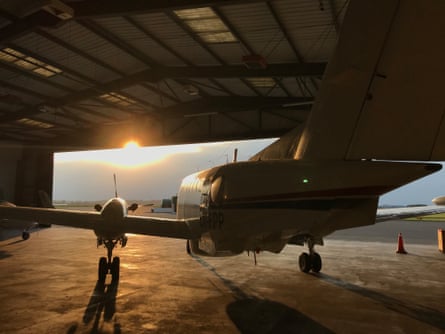 During the first lockdown, OS pilots flew the only plane in the sky, documenting Britain’s changing landscape while the country below came to a halt. They witnessed a unique view from the cockpit: empty motorways, unpopulated beaches like desert islands, airport runways jammed with mothballed aircrafts, and skies reclaimed by birds and wildlife.

Camera operator Roger Nock takes the aerial images that keep OS maps up to date, and he told me: “We were, on occasion, the only people in the sky. That hasn’t happened since the dawn of aviation.”

Cities like Nottingham and Birmingham were like ghost towns because of how many people obeyed the lockdown. There was no rush-hour traffic either, and a big difference from previous years was the lack of haze over cities because of less pollution.”

We’re living through unprecedented times, but I hope that when we leave them behind, many of us will be taking with us a newfound love of getting out and about in the British countryside.